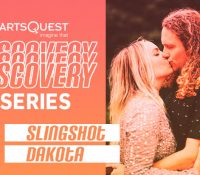 In this edition, get to know the musical tastes of Slingshot Dakota! The wife & husband duo of Carly Commando (vocals/keyboard) & Tom Patterson (drums/cool hair) live in the Lehigh Valley but tour the globe! Closer to home, they’ve played pretty much every stage ArtsQuest has to offer, including a gig opening for Grouplove at Musikfest in 2018!

“These days, I find myself driving my band van for work instead of touring the country,” says Commando. “The good news is that I get to spend my days surrounded by the voices of my favorite artists that I miss! I’ve been able to revisit albums & listen to them in a completely new way, and it brings me so much joy on the backroads.”

So join Slingy D (in spirit) in their van, and crank the awesome tunes they’ve hand selected below!

We were lucky to tour with Now, Now in 2011, and they’re one of my favorite bands to date. We got to see them perform songs off their record Threads before it came out in 2012, and because of those memories, that album is forever one of my favorites. Their last record Saved (2018) was in heavy rotation this summer, too. Their songwriting, musicianship, and production wins me over every time. You can hear the progression of this band with every album and Bradley Hale always comes up with the coolest electronic elements that make me super jealous.

Another band we’ve toured with that I’ve absolutely fallen in love with is Ratboys. If it isn’t obvious yet, I grow very attached to the artists we spend a lot of time with because I really get to analyze their process & we form such a special bond on the road together. Rayboys released Printer’s Devil right before the pandemic cancelled all of their tour plans. It’s always the best feeling when your friends record an album that captures the energy and sound of their live performance. This whole album is a gem but a standout song for me is “A Vision.”

A HUGE record that got me through 2020 is Charli XCX’s how i’m feeling now. We haven’t toured together yet…but that would be the ultimate dream. Written during and about the pandemic, the album is urgent and relatable, emotional and hook-y. She is premiering a film Alone Together at this year’s virtual SXSW, which documents how she recorded this album during lockdown.

One of the best artists we’ve had the pleasure of sharing a stage with recently is Bartees Strange. He released one of my top 10 albums of 2020 – Live Forever. Not only a great record, but amazing live! Check out the video for the song “Mustang”!

A local band that I absolutely love is Service Dog. A simple description is folk/indie rock, but they are so much more. Every aspect of the band is pure, honest beauty, and they keep getting better and better.

We don’t have anything new to plug, but technically since we didn’t get to finish our tour cycle on what was *then* our new record, you should check out our album Heavy Banding.

Friday, January 20 Dry Humor: Standup for Recovery is a celebration of more than 12 years of continuous sobriety for comedian and Dry Humor producer Liz Russo. A portion of the proceeds from Dry Humor will be donated to Sync Recovery Community, a non-profit organization that strives to end the stigma of addiction and demonstrate that long-term sobriety is not only possible, it is powerful and full of joy. 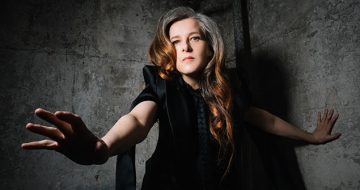 Wednesday, January 25 Neko Case steps out, cutting the sky and singing the stars, spinning fury and mercy as she goes. She loves the world and wears her heart on her sleeve, but she might eat it before you get to thinking it belongs to you. 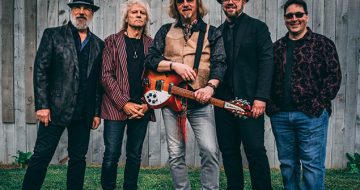 Damn The Torpedoes - A Tribute to Tom Petty and the Heartbreakers 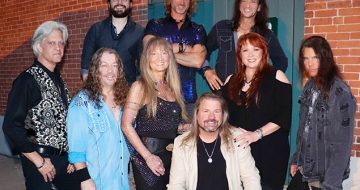 Hollywood Nights – The Bob Seger Experience is the ultimate tribute to Bob Seger and the Silver Bullet Band. This 9-piece New Jersey-based powerhouse has set out to re-create everything about Bob and his music right down to the smallest detail.