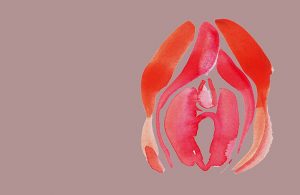 The Vagina Monologues, a play by Eve Ensler, will come to the Lehigh Valley on Valentine’s weekend. The episodic play was developed and premiered at HERE Arts Center in New York and enjoyed an Off-Broadway run in 1996 at Westside Theatre. Charles Isherwood of The New York Times called the play “probably the most important piece of political theater of the last decade.”

“Spellbinding, funny, and almost unbearably moving…Written with a bluntness that is nevertheless intensely lyrical, it is both a work of art and an incisive piece of cultural history, a poem and a polemic, a performance and a balm and a benediction.” – Variety

Saint Thomas, McGinty and the cast join Eve and The V-Day organization in its mission and labor to end violence against women and girls sharing all proceeds with Women’s Resources of Monroe County and Crime Victims Council of Lehigh Valley.