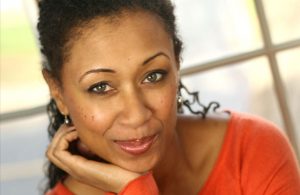 Leighann Lord is a veteran stand-up comedian seen on Comedy Central, HBO, The View, and most recently on the Def Comedy Jam Jam 25th Anniversary Special on Netflix. She has also been a co-host of NatGeo’s Emmy-nominated StarTalk, with Neil de Grasse Tyson.

Leighann is also the creator and host of the People with Parents podcast (iTunes) where she tells stories about the funny side of the role reversal between adult children and their aging parents. Alejandro Morales is a Philly-based comedian and event producer. He’s the creator of the food-themed rap battle game show Eat Your Beats as well as the web series “Sadulous” and “Dates.” He was recently showcased as a Fresh Face of Comedy at the Ha Festival in San Antonio and is known as the 19th Funniest Comedian in Philadelphia. Richie Warmkessel is a Lehigh Valley-based standup, improvisor, and actor. A veteran of the improv team Cat Sweaters, his most recent works also include the role of Gomez in the Catasauqua Area Showcase presentation of the Addams Family and the sketch comedy show Sitcom Night. Check out his YouTube channel OUTSIDE with RichieWarm and on all other social media as @RichieWarm.