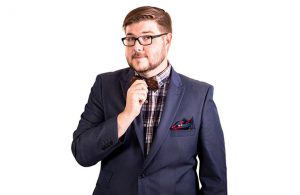 Glen Tickle was once stopped in a hallway by a woman who said, “I know you. You that dad comic,” and that sums him up pretty well. He has been on SiriusXM, Amazon Prime, CoziTV, the internet (heard of it?), and his debut album (Yes, Really) charted on Billboard. His first comedy special “Good Grief” is now streaming on Amazon Prime. Glen is the father of two kids, ages seven and one. They have a real C3PO and R2D2 dynamic, so that makes Glen Chewbacca we think? 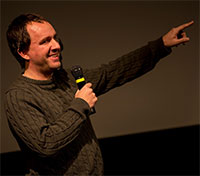 Ian Webster has been performing stand-up comedy for over six years. He has performed at the Lehigh Valley with Love Comedy Platz at Musikfest, Allentown Arts Fest, and Wisecrackers. He co-hosts the twice monthly comedy open mic Stouts Laughs at the Bethlehem Brew Works.