Home / Blog / BACK TO FUN WITH ARTSQUEST!

BACK TO FUN WITH ARTSQUEST!

Welcome back to fun, everybody! We know that this past year has been rough for all of you fun-lovers and we’re here to help. We have plenty of outdoor and socially-distanced events to ease you back into the habit of… well…doing things again! We have a variety of fun shows & activities coming soon, this spring & summer will get you smiling again.

The health and safety of our patrons, vendors, volunteers, staff, and everyone attending our campus, buildings, and events is of the utmost importance to ArtsQuest and we have established a number of best practices and procedures based on guidelines from the CDC, City of Bethlehem and the Commonwealth of Pennsylvania. Please click here to read all of the safety guidelines and regulations in place for attendance at these events.

Come do the Time Warp on our Levitt Pavilion lawn! The Spaced Out Sensations shadowcast will lead the way for these outdoor screenings of the beloved 1975 cult classic Rocky Horror Picture Show. You just bring your chairs, blankets, and whatever else you need to make yourself comfortable.

Broken Arrow performs the music of Neil Young, featuring both the rockin’ electric Crazy Horse tunes and the more acoustic, pedal steel driven country rock material. The band delivers these classic songs faithfully while taking them out on some jamming excursions and tastefully tweaking some of the arrangements. Joe Mass nails the Neil vocals perfectly and the harmonies are spot on.

Oro Solido was formed by Raul Acosta, who has received the nickname ‘El Presidente’. Acosta was born in Santo Domingo, Dominican Republic into a musical family. At the age of seven, he and his older brothers started a pre-adolescent music group called “Los Sobrinos Del Rey,” a Dominican attempt version of the Jackson 5. With this early experience, Raul was able to develop his musical talent as well as his stage presence. The group went on to perform in two nationally televised shows on the government TV station, channel four, for a show called “Amarillis con los Niños.” Presented by T-Mobile.

They’re back! The Sensational Soul Cruisers are not just another 11-man vocal harmony group with horns. While it is still sometimes possible to find a band featuring a similar line up of instruments, it is unlikely that you will ever find another that performs with as much energy, passion, and talent as these guys. From their humble beginnings rehearsing at the chicken coops on Route 33 to the basement of the Cycle Shop on Throckmorton Street, this band has come a long way from its “Eddie and the Cruisers” days to become one of Jersey’s best kept secrets. 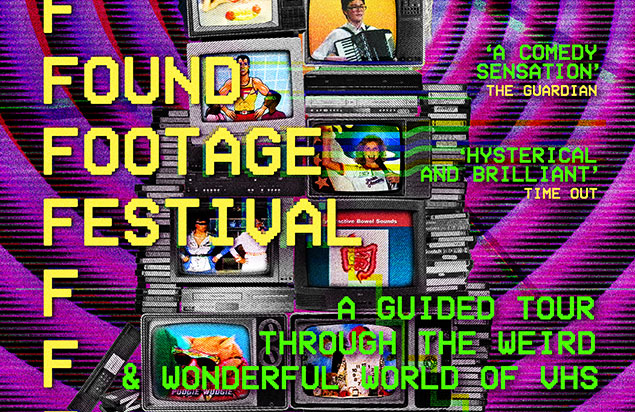 The Found Footage Festival is a hilarious collection of videos that are sure to make you giggle. Co-hosts Joe Pickett and Nick Prueher discover and comment on home videos from various thrift shops, garage sales, warehouses and…dumpsters! Who knows? Maybe you’ll even learn a thing or two!

Anytime you talk to any of his fans,  they will speak of  two qualities that define his greatness. The first, predictably, is his extraordinary guitar playing, as it would take three musicians or more, to do what Tommy does solo. Which brings us to the other aspect of his music always mentioned: the joy. It’s one thing to play these multi-dimensional arrangements flawlessly on an acoustic guitar, but another to do it with that smile of the ages.

For over a decade, RUBIX KUBE has taken the universe by storm as the most original ‘80s tribute band of all time! Its one-of-a-kind, ever-evolving and interactive show captivates audiences of all ages. More than just a cover band, “The EIGHTIES STRIKE BACK Show” is like the rad lovechild of a Rock concert and a Broadway musical – from a honeymoon down Electric Avenue!

Steal Your Peach is a mixture of some of hardest working musicians in the Philadelphia area specializing in a mashup concept, fusing the music of The Allman Brothers Band and The Grateful Dead. Each of the band members have multiple projects and have formed a bond with some of their favorite and most influential music. They add improvisation to the mix making each show exciting. He’s back! Reintroducing America’s most authentic tribute to the legendary BILLY JOEL… June 3’s performance will be an intimate solo show with Mike Santoro of The Stranger. The Stranger IS the most authentic tribute to this celebrated icon. Comprised of some of the best and most experienced musicians in the business, this band brings together an authentic replication of Billy’s timeless music, crowning it with soulful, spot on vocals that makes listening to a Billy Joel song so special. Over the years Damn The Torpedoes has evolved with more committed members and a deep understanding of the Tom Petty catalog. The current lineup has been in place for several years and demonstrates the unspoken chemistry that makes a great band. The signature riffs, harmonies and underlying parts of the music are all there—along with some fresh twists that are often inspired in the moment. The resulting performances have audiences smiling, singing, dancing and mourning the loss of this great artist.

The Center for Vision Loss delivers support, skills education, and rehabilitation services at little or no cost for people with vision loss; provides free vision screenings for children; and promotes eye health and safety. Impact on vision loss clients reflects in their abilities to live independently and improve their capabilities. Impact upon communities at large reflects in the children who receive free vision screenings and the people reached by agency’s education programs and outreach presentations.

It’s been six years since The Lone Bellow was first formed by Zach Williams, multi-instrumentalist Kanene Donehey Pipkin and guitarist Brian Elmquist. But one only needs to get the lead singer and guitarist speaking to their songwriting process to witness firsthand just how passionate he remains about its teeming creativity. The Lone Bellow, which also now includes Jason Pipkin on keys/bass, has long nurtured a deep and highly personal connection with their music. Popcorn just tastes better in a movie theater! Get back to fun on the big screen with limited-capacity, socially-distanced screenings of Oscar-nominated films & more in the Frank Banko Alehouse Cinema! Plus, you can even rent out the whole dang theater to hang with your buds in a safe environment. What’s more fun than flexing your creativity?! The Banana Factory Arts Center is buzzing again with a mix of in-person and online classes for different ages and experience levels! FREE CONCERTS on the Levitt lawn return in 2021! Stay tuned for the full lineup coming soon…

In-person, not-virtual Musikfest is back (in some shape or form) August 6-15! We’re still in the planning stages, so full details coming soon…

YOU’VE REACHED THE END OF THE ARTICLE! HOW FUN!

Well there you have it! A ton of reasons to give fun another chance with ArtsQuest! With all of this and more happening over the spring & summer, we guarantee that you find an event that you love! 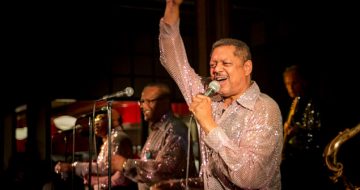 The Sensational Soul Cruisers are not just another 11-man vocal harmony group with horns. While it is still sometimes possible to find a band featuring a similar line up of instruments, it is unlikely that you will ever find another that performs with as much energy, passion, and talent as these guys. 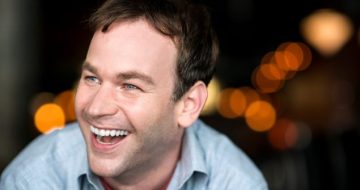 Mike Birbiglia: Working It Outside

Mike Birbiglia is a comedian, storyteller, director and actor who has performed in front of audiences worldwide, from the Sydney Opera House to Broadway. His shows, “My Girlfriend’s Boyfriend” and “Thank God for Jokes,” were both filmed for Netflix. His most recent show, “The New One,” ran for 99 shows at the Cort Theatre. 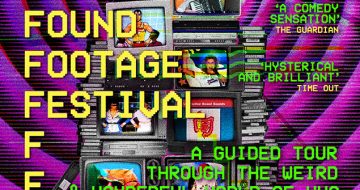 Joe Pickett (The Onion) and Nick Prueher (The Colbert Report) return to ArtsQuest at SteelStacks with a live guided tour through their latest VHS finds, including the 1988 Miss Junior America Wisconsin pageant, a mysterious tape labeled "bonion sergery," home movies taken at a Canadian hose factory, and an exercise video called "Skiercise!"