Your Love, Our Musical

Home / Events / Your Love, Our Musical 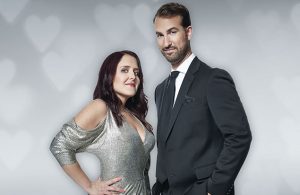 “The premise sounds nearly impossible, but the execution is reliably brilliant!” THE NEW YORK TIMES

YLOM, as it’s affectionately known, is a long-running NYC comedy institution starring two of New York City’s finest musical improvisers. Rebecca and Evan use their unique comedic chemistry, vocal skill, and improvisational abilities to transform audiences’ simple meet-cutes into bombastic choruses, their Tinder swipes into epic dance numbers, and their relationship snafus into chopped and screwed hip-hop epics. Bring your significant other for a night of comedy and music unlike any you’ve ever seen (or will see again.) It’s better than Hamilton! Hamilton isn’t about you meeting your boyfriend on Bumble.

Rebecca Vigil is an actor and musical comedian working clubs and theaters all over New York City. Kick It with Rebecca Vigil at her variety show by the same name at Caroline’s on Broadway. She can also be seen from your couch in the Netflix original movie, The Week Of. Find out more at Rebeccavigil.com

Evan Kaufman is an improviser, writer, and director living in Brooklyn. In addition to performing with Rebecca, Evan is also a former writer for comedy website Official Comedy, and current writer for The Key of Awesome. Evan is a former Mainstage alumnus of Boston’s Improv Asylum. You can see more of his work at EvanKaufman.com!