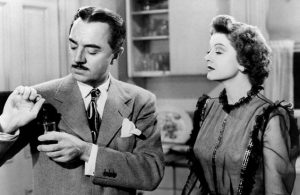 Between cocktails and the first course of a society dinner, urbane, dry-witted detectives and sophisticates Nick and Nora Charles will show the police the holes in their investigation, unmask a brutal murderer and solve the mystery behind the disappearance of The Thin Man.

When New York City private Nick Charles (William Powell) married wealthy Nora (Myrna Loy), he thought he was going to trade his gum-soled shoes for a life of luxury and leisure, but he soon discovers that Nora finds sleuthing both exciting and seductive. Now, this couple–with and a marriage as electric as an illicit affair and a banter as crisp as a glass of champagne–live, love and solve crimes with an unmatched sense of style.

Based on the novel by Dashiell Hammett.

This classic film launched one of the most successful Hollywood film, television and radio franchises ever.