The Aardvarks & The Sofa Kings 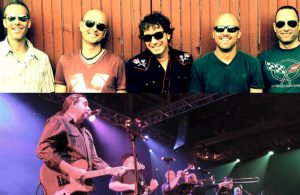 FROM BILL WITHERS TO THE ROLLING STONES, KOOL AND THE GANG TO BLONDIE, THERE’S NO ARTIST, NO BAND, AND NO GENRE UNTOUCHABLE TO THE AARDVARKS.

The Sofa Kings, co-headlining the show on 11/23, is a high energy ten-piece band from Southeastern Pennsylvania that is taking the Delaware Valley by storm! The combination of fine musicianship, extraordinary vocals, and an exceptional horn section sets the Sofa Kings apart from the rest. They cover all genres including all forms of Dance Music, Motown, RB, Classic Rock, and the current hot tunes on the Billboard charts.