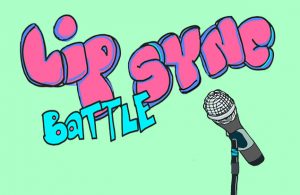 Come see your favorite local comedians, actors, and others who can’t get enough of the stage, battle it out, lip sync style! They’ll be competing by lip syncing to your favorite songs AND whoever wins the competition wins the grand prize of $100! Addyson Teal is a multi-faceted Bethlehem-based performer, instructor, and producer/director. Serving as the Cinema & Comedy Coordinator at ArtsQuest, she has directed productions of A Golden Girls Drag Show, and I’m Probably Reading Into This, the latter being a game show that she devised and hosts. You can also see her onstage as the co-host of Improvised Standup at the ArtsQuest Center or with her improv team Synced Up; she previously was a member of the teams Period Drama and The Associated Mess. Ricardo Negron is a local native obsessed with anything that lives within the realm of media and pop culture. He is an alum of Muhlenberg College, a substitute teacher by day and theatrical performer by night, and sometimes, only sometimes, he can be found crying in the back rows of a movie theater. Rickey is also the curator of SteelStack’s Cinema Significa series. You can find out more about that here: steelstacks.org/cinema-significa
Instagram: @rickey.negron