Laughs at The Lyric

Home / Events / Laughs at The Lyric 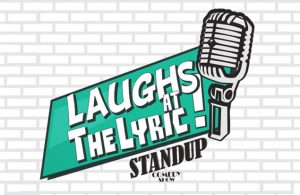 Join us for an evening of comedy held in the intimate environment of The Lyric Room at Miller Symphony Hall. There will be a cash bar and snacks will be available for purchase. Kris Fried is a writer/comedian who appears regularly at NY’s Comedy Cellar and as a panelist on The Greg Gutfeld Show on Fox News. He has written for SNL’s Weekend Update, appeared in sketches on Conan O’Brien, and opened for Colin Jost, Rob Schneider, Michael Ian Black, and Jay Mohr. His album, “We’re All Adults Here,” debuted in the Top 10 list of the iTunes comedy charts. He also has a Master’s degree in psychology from Harvard University for no reason at all, and still mows his parents’ lawn. Megan’s standup has been described as silly and genuine. Her act includes things specific to her, like being a woman and a twin, but also touches on more common topics such as dating and family. She has opened for Gary Gulman, Sasheer Zamata, Joe List, and many more. Currently, she is the co-host of a Youtube series called “All Set”, and is the co-host of the spooky comedy podcast “Real Chills”.

Kirk Griffiths is a comic based in Philadelphia. He’s currently beefing with his barber, but is confident that it will work out in the end. He’s performed at LVwLove ComedyPlatz, as part of Musikfest, in 2017, 2018, and 2019, has been a semi-finalist in Helium Comedy Club’s Philly’s Phunniest contest, and has opened for names such as Kyle Kinane, Jordan Carlos, and Michelle Buteau. He is the current host of the ArtsQuest Center at SteelStacks show Conversation Club and the podcast Proper Ebonics. Alex is an Easton-based performer and a two time winner in the Bud Light’s Ladies Of Laughter Comedy Contest. She’s participated in the Toyota Comedy Festival, Boston Comedy Festival, and the Arizona Women’s Funny Fest. She has also been on ABC’s “The View” twice in the course of two weeks and was one of the East Coast Semi-finalists chosen out of thousands of comics on NBC’s “Last Comic Standing”.