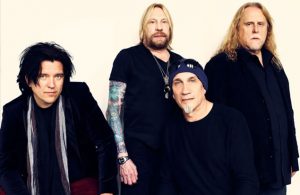 Gov’t Mule never lost sight of where they began. During a break from The Allman Brothers Band in 1994, guitarist and front man Warren Haynes and original bassist Allen Woody formed Gov’t Mule with drummer Matt Abts, with whom Haynes played alongside in the Dickey Betts Band. Confidently merging rock, blues, jazz, and funk, the trio carved out a place in the American rock ’n’ roll canon with a string of influential albums, beginning with 1995’s Gov’t Mule, followed by Dose [1998], and Life Before Insanity [2000]. In the aftermath of Woody’s tragic passing, Haynes and Abts joined forces with a barrage of legendary bass players, including John Entwistle, Jack Bruce, Phil Lesh, Bootsy Collins, Flea, Les Claypool, Mike Gordon, and more for The Deep End, Volume 1 and The Deep End, Volume 2 in 2001 and 2002, respectively, as well as 2003’s RIAA Gold Certified live offering, The Deepest End, Live in Concert. Welcoming Andy Hess on bass and Danny Louis on keyboards, the quartet released Déjà Voodoo [2004] and High & Mighty [2006]. 2008 saw Jorgen Carlsson enter the fold on bass for By A Thread [2009], cementing the current lineup. In 2013, Shout! proved to be another watershed moment as the group collaborated with the likes of Ben Harper, Elvis Costello, Dr. John, Grace Potter, Dave Matthews, Myles Kennedy, Steve Winwood, and more on alternate vocal tracks. Rolling Stonepraised the album, saying, “Gov’t Mule, led by singer-guitarist Warren Haynes, write solid rock songs in the power-blues, heroic vocal tradition of Free and Led Zeppelin.” From 2014 through 2016, the band delivered a series of archival releases celebrating its 20th Anniversary that achieved chart success across genres as Dub Side of the Mule went #1 for Reggae, Sco-Mule claimed #2 for Jazz, and Dark Side of Mule landed #10 for Rock. In 2018, Gov’t Mule released their 10th studio album, and their most diverse to date, Revolution Come…Revolution Go, which lyrically speaks to the emotions that Americans felt during the divided political climate surrounding the presidential election. The following year, the band released their live album and full concert-length film, Bring On The Music – Live at The Capitol Theatre, shot and directed by Danny Clinch and bringing the excitement and spectacle of a Gov’t Mule show directly into fans’ homes. In 2020, the four-piece began releasing a series of streaming-only live albums via Evil Teen Records including Live At The Angel Orensanz Center, Live At The Beacon Theatre, and Live At The Cotton Club. Led by visionary GRAMMY Award-winning artist and guitar legend Haynes – a cornerstone of the American music landscape – the enduring, globally revered group has showcased its virtuosity, intelligence, and breadth over the course of 20+ studio and live albums. Their flexible interplay in the studio and on stage makes them a true living, breathing ensemble and Haynes is lauded as one of the most formidable guitarists and vocalists of the modern era and a prolific songwriter and producer. Gov’t Mule has become a human encyclopedia of great American music while adding to that canon with their signature sound. Along the way, their catalog has impressively racked up 120 million-plus Pandora plays, over 60 million Spotify streams, 3 million downloads from their official website, and millions of album sales. 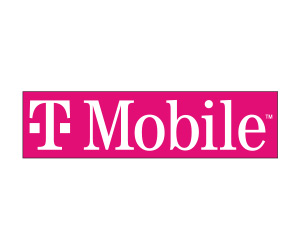