Fred Armisen: Comedy for Musicians but Everyone is Welcome

Home / Events / Fred Armisen: Comedy for Musicians but Everyone is Welcome 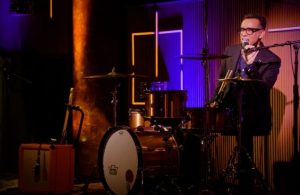 Fred Armisen is an actor, comedian, writer, producer and musician; best known as a Saturday Night Live cast member from 2002 until 2013, and as the co-creator and co-star of the IFC sketch comedy series, Portlandia. He also serves as the bandleader for Late Night with Seth Meyers. In this one-man show, Armisen mixes comedy & music in his patented hilarious, offbeat way.

Mary Lynn Rajskub is an actress, comedian and writer, best known for playing ‘Chloe’on the Fox drama 24 and also ‘Gail the Snail’ from It’s Always Sunny in Philadelphia. You have also seen her in Night School, Safety Not Guaranteed, Wilson, Little Miss Sunshine, Legally Blonde 2, Julie and Julia, Punch Drunk Love, Mysterious Skin, Firewall, Grey’s Anatomy, Gilmore Girls, The Girlfriend Experience, The Larry Sanders Show, Two Broke Girls and Mr. Show. Most recently, she was in the ensemble cast of the film Night School, the No.1 comedy film in 2018. Mary Lynn is currently touring with comedian Fred Armisen. She performs stand up comedy all over the country.