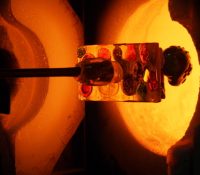 Picture a rainbow of illuminated glass towers measuring 7-feet-tall and weighing more than 250 pounds each. Adorned with hand-blown glass sculptures inspired by Mexican folk art like the decorated sugar skulls of Día de los Muertos, Frida Kahlo flower crowns and Lucha libre masks, it took more than six weeks to create the complex and grand pieces. But instead of finding a home in a gallery or museum, these works of art will be permanent fixtures in Bethlehem’s newest restaurant, Urbano Mexican Kitchen & Bar.

With four restaurants on one block alone, Paredes along with his wife Cara and partner Rafael Palomino, looked to create a unique space filled with dynamic designs. During construction, they tore down old sheet rock to reveal brick walls and steel beams, and they began creating a dark and warm environment where rustic foundation meets modern elements.

“I am an artist and a lover of art, so I like to fill my restaurants with beautiful details. If you look in Cachette everything is detailed from the eggs on the ceiling to the bicycles in the bathroom. Each time I open a restaurant, it’s a challenge to do something bigger, and for Urbano I wanted something magnificent,” Paredes says. Gardner, who has been working with glass for more than 15 years, started his career in glassblowing at Temple University’s Tyler School of Art. He later worked at the Wheaton Arts & Cultural Center’s Museum of American Glass in New Jersey before becoming a teaching artist at the Banana Factory Arts Center.

“We used a positive made from insulating foam and tape to create a negative impression in carefully mixed sand,” Gardner says. “After the positive is removed and the sand is inspected and touched up as needed, a coating of ‘soot’ from an acetylene burning torch is applied to the sand as a release.  The soot helps the glass release from the sand once it is pulled out of the mold.  After the soot is applied we used steel ladles to scoop the molten glass from the furnace and pour the glass into the mold.”

It takes three ladles of molten glass to fill the mold, and it has to be done fast so it’s all hands on deck in the studio with six hot glass artists assisting with each step. After just 12 minutes, the block can be removed from the sand and the team uses a large steel rod with a hot glass coated tip, called a “punty,” to lift the block out of the sand. Then they pull the block from the sand and clean it before taking it to the reheating chamber. Once that is complete, artists like Lead Gaffer Dan Getz work to apply decorative colored glass stamps and imprints to the block as well as the sculpted masks, skulls and flowers.

“The symbols and inspiration comes from Juan Carlos’s love of Mexican folk art, ‘La Calavera Catrina’ and the works of Frida Kahlo and José Guadalupe Posada,” Gardner says. “I used the images to translate his vision into glass with the help of the entire glass team ultimately acting as a conduit for his design. It was great to work with Juan Carlos on this and a lot of fun to make the sculpted pieces. ” After seeing the finished product installed at each end of Urbano’s new bar, Peredes says he couldn’t be happier with the work.

“The light of the glass against the brick wall is beautiful, and I think it will be a point of interest for people, like a destination to see this artwork and take photos of it and share it,” Paredes says. “I wanted something local and handmade because it’s really an investment in the community. ArtsQuest was willing to make the project and watching them work was incredible. They are all super humble in their abilities as artists.”

This project alone took the ArtsQuest Glass Team more than 300 hours to complete.

“Each section takes about an hour to put together, but almost all the sections include at least one 3D sculpted element and some have two, with the sculpted objects taking up to an hour to make. So you’re looking at roughly two hours on each piece and up to five days to anneal or cool,” Gardner says.

“It’s hard to quantify the time we spent on this project and the effort our team put into it. In the studio with any large project, there are many skill levels involved, but everyone is focused on the main goal,” Gardner says. “More experienced members are responsible for creating components and attaching them properly.  Less experienced team members take direction, and everyone respects one another during the process understanding that the main goal is everyone’s safety followed by the success of the piece.

There were many people involved in this from Greg Doll who spends late nights filling the furnace with glass, to Glass Studio Specialist Ken Shirey who spent many hours coordinating logistics and keeping the shop operating during the process. Even our students are instrumental to the project, including volunteers like Jeff Waterhouse who helped create the glass and install the work at the restaurant.” With sculptural installations at the ArtsQuest Center, Renaissance Allentown Hotel and private collections, Gardner says he would like to see more hot glass designs of this scale created for public spaces.

For Paredes, the long labor of love was worth it. Originally from Medellin, Colombia, the restauranteur worked in New York and Miami before settling in the Lehigh Valley. He says while the region is often referred to as a foodie destination, it is also a great environment for all kinds of artists from painters to chefs.

“There’s a better quality of life here and an affinity for art. You see artists’ works promoted in spaces like Apollo and other restaurants here and it’s important to support that. Art is always the way to go,” he says.

The ArtsQuest Glass Studio is led by Dennis Gardner, who is assisted by Dan Getz, Brian Toseland, Ken Shirey, Becky Shoemaker and Hannah Shine. Special thanks to Dan Gaumer, John Kipila , Jon Sahl, Carlos Reckner and Tohickon Corp. of Sellersville who contributed to the creation of the Urbano installation. For more information on the studio and, commission work and custom sculptural installations, please contact Gardner at dgardner@artsquest.org or 610-332-1317. 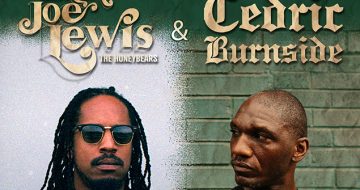 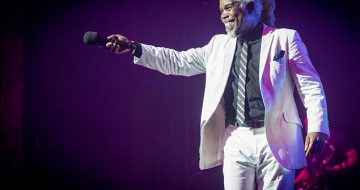 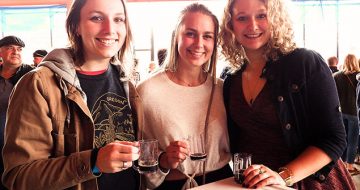 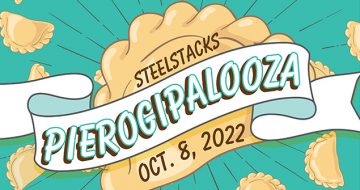